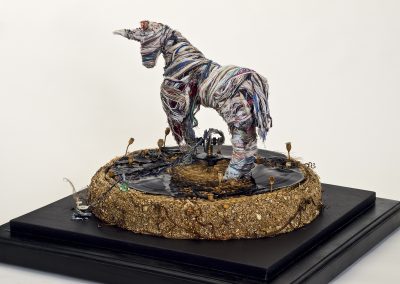 “The child sees everything in a state of newness; he is always drunk. Nothing more resembles what we call inspiration than the delight with which a small child absorbs form and colour. I am prepared to go even further and assert that inspiration has something in common with a convulsion, and that every sublime thought is accompanied by a more or less violent nervous shock which has its repercussion in the very core of the brain. The man of genius has sound nerves, while those of a child are weak. With the one, Reason has taken up a considerable position; with the other, Sensibility is almost the whole being. But genius is nothing more nor less than childhood recovered at will – a childhood now equipped for self-expression with manhood’s capacities and a power of analysis which enables it to order the mass of raw material which it has involuntarily accumulated.”

Baudelaire, Charles : The Painter of Modern Life and Other Essays. 1964