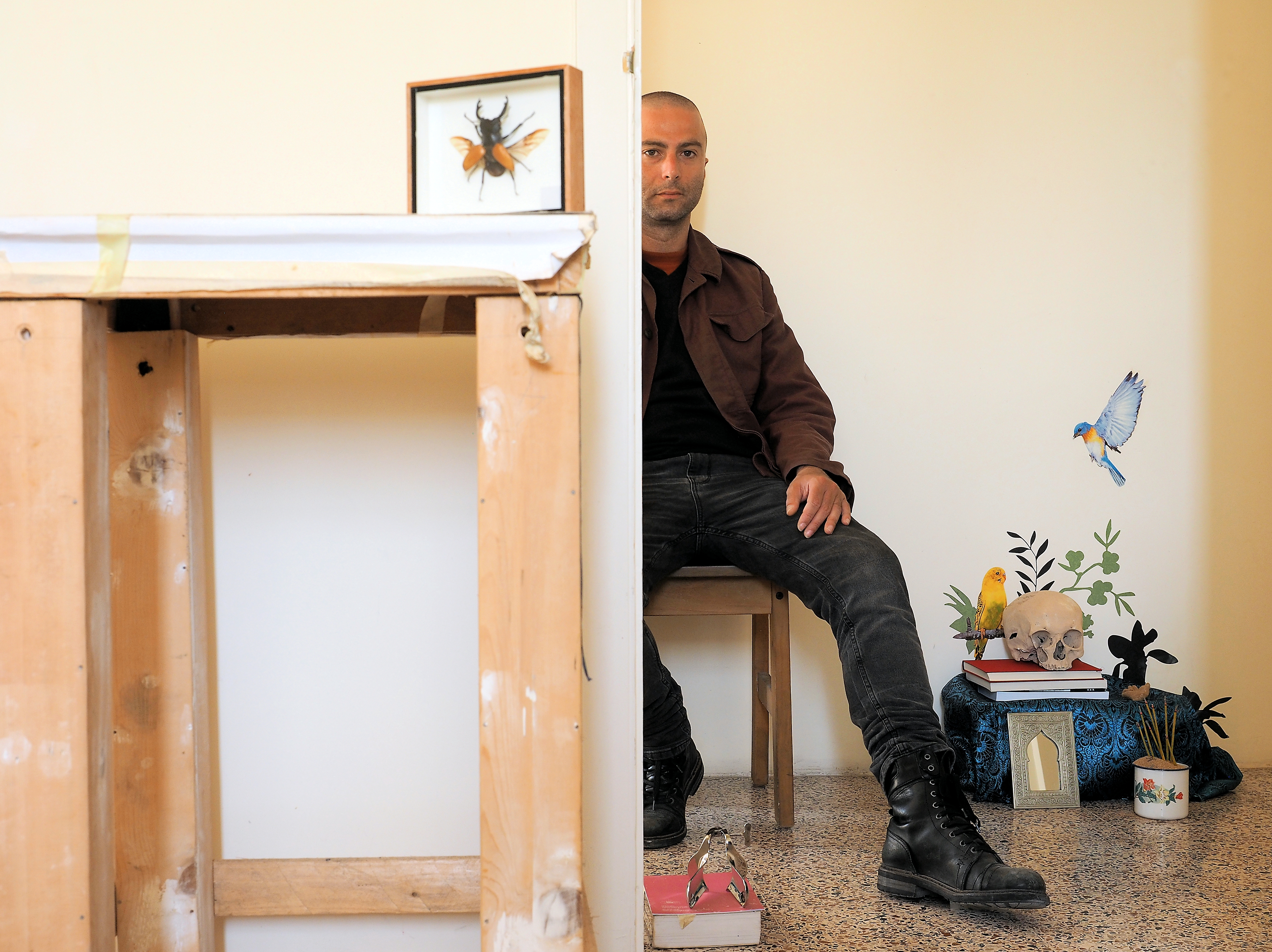 John Paul Azzopardi’s artistic expression struggles with the quest for an aesthetic he deems manifest in the variegated philosophical topos of the contemporary ethos. His work explores the dialectic that results from the tension of confronting the organic with the synthetic. Utilising his materials as a synecdoche he creates forms orchestrating an array of texts ranging from the ancient (both Western as well as Eastern) to the contemporary philosophical idiom, the mythological and social critique. By means of this bricolage mixed medium, existential symbolic expressions are voiced and used to expose and articulate the covert psychological structures and the dominant phenomenological tensions.